Boost Your Nutrition with Turmeric

A term coined by Bauman College founder, Dr. Ed Bauman, “Booster Foods” refer to nutrient-dense foods that are rich in vitamins, minerals, and phytonutrients. These foods are all well known for their therapeutic qualities and the nutritional depth they bring to the diet.

Fortunately, incorporating booster foods into meals is an easy, efficient way to boost the nutrition of any dish. At Bauman College, we love nutrients and encourage their consumption, which is why we love “Booster Foods” so much!

Today we’re talking in depth about turmeric—a spice treasured for its aromatic flavor and deep yellow color. A common addition to curry spice mixes and yellow mustard, turmeric is one of the most health-promoting foods in the world. Native to Southeast Asia and a member of the ginger family, the turmeric plant has a root-like subterranean stem (or rhizome) that is harvested and either dried and ground into a powder or used in its raw, stem form. 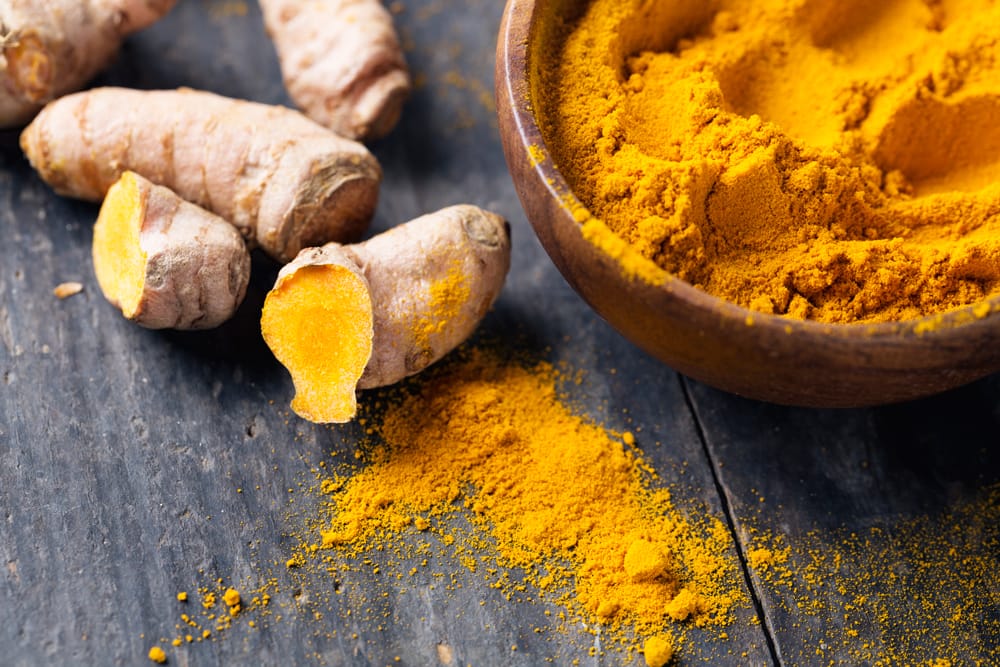 Turmeric’s Use in Ancient Medicines

Turmeric has been used for centuries in Ayurvedic and Chinese medicines to treat many conditions and symptoms, including:

Fortunately, turmeric is now gaining popularity in Western societies as well due to an explosion of scientific research and clinical trials.

Turmeric is a great source of the minerals potassium and iron [2].

Turmeric also contains a variety of potent plant compounds known as phenolics. These substances give turmeric its health-promoting power as well as its color, aroma, and flavor.

The most widely recognized and well-studied phenolic compound within turmeric is curcumin.

Curcumin was first isolated in 1815 and the first study related to human medicine was published in 1937 [3]. Since then, there have been thousands of publications.

Curcumin is most well known for its powerful anti-inflammatory effects [1]. And since many experts now believe that inflammation increases your risk for most modern diseases [4], it’s not surprising that curcumin has so many reported health benefits.

Some of the most studied uses of curcumin with promising results include:

Unlike pharmaceutical medications, reported side effects of curcumin are minimal and most often resolve on their own. Any severe reactions reported are typically associated with high doses of more than 4 grams of isolated curcumin per day [1].

Benefits of Cooking with Turmeric

Maybe you’ve heard that grilling meat can produce cancer promoting compounds. This is true. And these compounds are known as heterocyclic amines (HCAs).

However, many studies have found that antioxidant-rich spices have the ability to inhibit the creation of HCAs. And guess what? Turmeric is on this list [6]!

In addition, turmeric has been found to increase the body’s absorption of beta-carotene found in vegetables when cooked together [7].

Delicious Ways to Add Turmeric to Your Diet

Based on all of its potential health benefits, turmeric should be a staple in everyone’s diet. Turmeric is spicy and has a strong (but yummy) flavor similar to ginger and pepper. A little goes a long way! 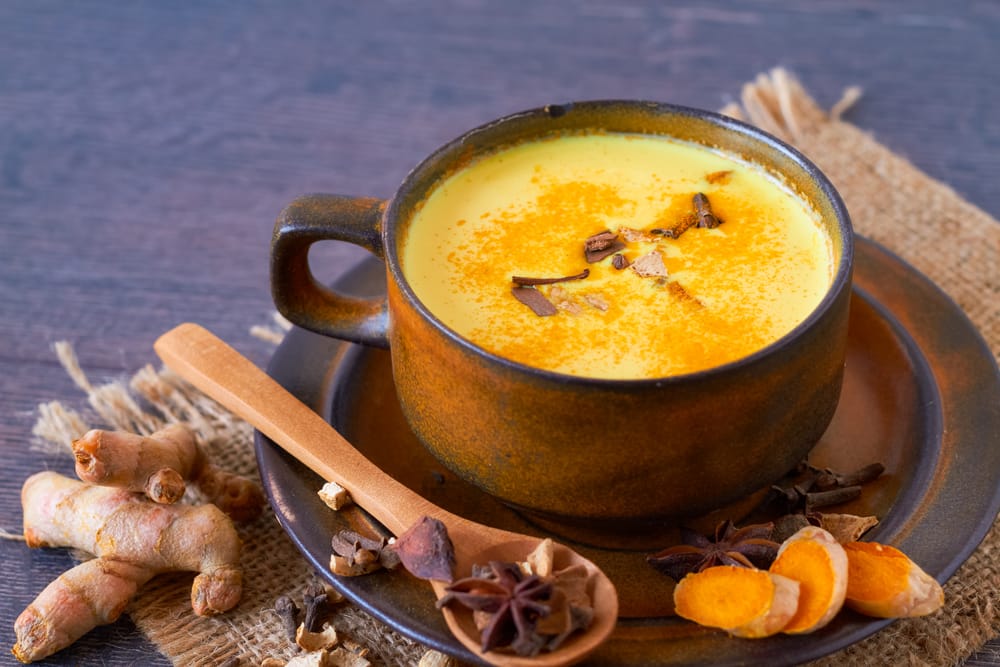 Here are several ways to enjoy the taste and health benefits of turmeric:

The evidence is solid. Turmeric has the power to promote health in many ways. With its wonderful aroma and delicious flavor, adding it your diet is easy as well as enjoyable.